The journey of 52 Weeks Entertainment Ltd. goes back more than a decade, when a group of creatively charged professionals came together and formed a company called Shantanu Sheorey Aquakult Private Limited on 18th June, 1993.The company was converted into a Public Limited Company in the year 1994.The name of the Company was changed to 52 Weeks Entertainment Ltd on 03rd June, 2013.

The first film produced was "Love U Soniyo", which had a theatrical release on 26th July 2013 and in which Tanuj Virwani and Neha Hinge were in the lead roles. The next movie was "Kis Kisko Pyar Karu", in which Kapil Sharma, the king of reality comedy in India and Sai Lokur are in the lead role and supporting actress Jamie Lever . Other Cast members include Arbaaz Khan, Manjari Fadnis, Simran Kaur Mundi, Elli Avram, Varun Sharma, Supriya Pathak, Sharat Saxena, Manoj Joshi and Sharad Sankla and was directed by Abbas-Mastan which released on 25th September,2015. The Company is coming up with a Marathi movie “ Waaras” in which Sachin Pilgaonkar and Swapnil Joshi are in the lead role.

In December 2014, the Company acquired 51% stake in Four Lions Films Private Limited, a successful creative Production House which has produced 10 television shows; notable among them being "Geet – Hui Sabse Parayi" on Life OK and "Iss Pyar Ko Main Kya Naam Doon" on Star Plus,"Qubool Hai" on Zee TV and "Humsafars" on Sony TV. The on-air shows created by them are Ishqbaaz , Dil bole Oberoi and Iss pyaar ko kya naam do Part 3 on Star plus which are already breaking the records.

Our Company aims at achieving growth by producing quality movies and televisions shows in order to provide valuable content to the audience. The company strives to achieve good competitive position in the entertainment industry. 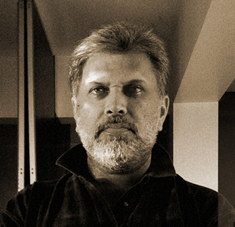 Advertising photographer and film maker for the past 30 years.

Photographer by profession, Shantanu Sheorey studied at renowned art school ‘Sir J.J. School of Art’. He has been an advertising photographer and film maker for the past thirty years.

Cyrus Bhot is Executive Director of the Company who looks after day to day affairs of the company from 2011. Cyrus Bhot is Bachelor of Commerce and also Chartered Accountant (Inter).

Vipin Shantilal Champawat is appointed as an Independent Director of the Company with effect from 22nd September,2015. He is 41 years old. He is a commerce graduate & has also done C.A. Intermediate. He possesses rich experience in Management and Administration.

Preeti Jayesh Doshi is appointed as an Independent Director of the Company with effect 20th March , 2017. She is 42 years old and having wide experience in Management and Administration of the company.

Dhrupa Navneetkumar Thakkar is 27 years old. She is a commerce graduate and also a Company Secretary. She is appointed as an Independent Director to the board with effect from 29th May , 2017. Being Company Secretary she guides on various compliance matters related to SEBI Act, SCRA and rules and regulations made thereunder , Consumer Protection Act etc.